Check this out. What you will see is the kind of creative insight that is increasingly needed in these perilous times. The realization that we can’t build enough ventilators to handle the number of COVID-19 patients that will require them, no matter how much we “flatten the curve” and get GM and Ford involved. So, what do we need to do? We need to move the ventilators we have around to service particular geographic areas that are being hardest hit at the moment. And this blogging physician is correct. This requires a centralized effort overseen by military logistics experts, rather than 50 State Governors, Jared Kushner and myriad others playing on a large-scale version of eBay, attempting to outbid each other.

Bottom Line. What do we learn from this piece? We learn that defining a problem correctly probably takes us at least halfway to a solution. When we stop thinking about how fast can we build hundreds of thousands of respirators, and start thinking about how can we best move around the ones we’ve got, we leave the world of fantasy and enter the world of reality.

And that is a really big deal!

Remember a few weeks ago when I posted on the challenges that face hospitals in my home state of SC (Let alone FL!!!) when a hurricane threatens? And reported that researchers are actually gathering statistics to provide hospital decision makers with guidance as to the safest way to proceed?

Check this out.  What we see here is another permutation of the same issue.  What the heck does a hospital administrator do when a wildfire threatens her institution? Or, better yet, when the electric utility in her institution’s area announces that they are going to cut power to the area for an indefinite period of time for safety reasons?

What we learn here is that virtually no hospital in CA can afford to have generators large enough to permit them to conduct business as usual for an indefinite period of time. For power outages, the question here is not the hurricane-esque question of evacuate/don’t evacuate. The question here is what functions are most critical to keep running, and what do we do about the functions we are going to have to shut down???

Bottom Line. If there is a light at the end of this tunnel, it would seem to be in this article’s report that hospitals are starting to form strategic plans and do simulations against all such eventualities. Hopefully, guiding principles will evolve that will provide the next generation of hospital administrators with a better understanding of what to do when their power company turns out the lights!

Call 911 And Get A Shrink Instead Of A Cop

Check this out.  What you will see is an article that describes a forward-thinking Oregon program known as CAHOOTS, Crisis Assistance Helping Out On The Streets. The premise here is a simple one, i.e.,  police should not be involved in rendering aid to people, like the man shown in the picture above, who are homeless due to mental health problems. Why? Three main reasons. First, the skill sets of a policeman are not required to deal with the vast majority of such cases. While many people associate mental illness with violence, most homeless people with mental health problems are a risk only to themselves. Second, police have far too little training to be dealing with such issues. Better to get a mental health tech, counselor or social worker out on the streets to deal with such issues. Finally, policemen are very expensive city employees. Mental health workers, sadly enough, are less so. Real money can be saved by a municipality by using mental health workers instead of cops.

Bottom Line. Interesting that this program is only being evaluated by a few cities, but it is encouraging that the number of municipalities is on the rise. Seems like a win-win situation.

And, as Detective Columbo would say, there is just one more thing. In 2019, with the recent bad press about police shooting innocent people in their homes, the fact that the CAHOOTS gang shows up in jeans rather than in blue uniforms has got to be of comfort, especially to a mentally ill homeless person.

Is Amazon In Or Out OF The Drug Biz???

Check out this newscast segment. Watch the video. Cut through the brief advertisement and the accents of the newscasters. What you will see is the report that Amazon has shelved, at least for the moment, its plan to distribute drugs to the hospital marketplace. In this rather peculiar report, you will hear the newscasters opining that this move was the result of Amazon realizing (?) how complex the pharmaceutical marketplace is. Really? Bezos’ gang hadn’t realized that going in? I’m going with a big NO on that one. Since the Amazon health venture with Berkshire Hathaway and J.P. Morgan apparently remains intact, my take on this is simply that Amazon is still very much committed to being in the drug distribution business, but has simply re-juggled its priorities. Bottom Line. It is somewhat amusing to listen to these naïve newscasters sound like they believe that they understand the strategy and tactics of a complicated organization like Amazon’s for entering a complicated space like health care.  Sure they do!!!

There Is No Such Thing as Failure!!! 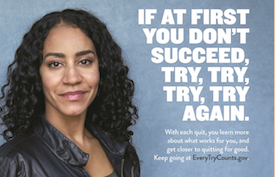 The Psychologist in me really likes this new FDA approach to promoting smoking cessation. Basically, its premise is that there is no such thing as failure in attempts to stop smoking. Either you succeed, or you learn things in the attempt that get you closer to success the next time. Rather than leaving patients with shame and embarrassment after a failed attempt at smoking cessation, this “Every Try Counts” approach seems likely to make patients be more willing to try again. Each attempt a building block to success. What I really like about this approach is that it is soundly based on Health Psychology. Google James Prochaska’s “transtheoretical model.” What you will find when you explore this model is that change, e.g. smoking cessation, occurs more as a corkscrew rather than as a straight line. Two steps forward, one step back, until the deal is done. AND. Communications to a particular patient must be based on their “readiness to change.” Bottom Line. As I keep preaching, a good understanding of Health Psychology is a key foundation for executing good patient communications programs. A couple of HP books on the shelf, well read, is a good place for a professional in our vertical to start toward achieving this goal. 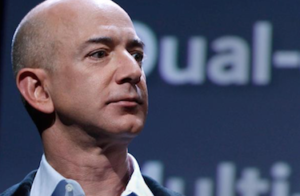 Check this out. What you will see is the report that Amazon is telling state pharmacy regulators that it will NOT use its pharmacy licenses to sell drugs, at least for now. I believe them. At least for now. As usual, Amazon is exercising strategic and tactical elegance here. Rather than dive immediately into all of the complexities attendant to drug distribution, Bezos and his gang are going after lower hanging fruit, e.g., medical devices. Bottom Line. Anybody out there believe that this is not the first move toward Amazon capturing a major share of the distribution of all things medical?  My bet is that Amazon will move on this quickly, but carefully. They are not known for making missteps, and I don’t think they will want to botch their entry into our space. Doing this stepwise makes all of the sense in the world as a means to ensure a successful outcome.

CVS Beats Amazon to the Punch??? 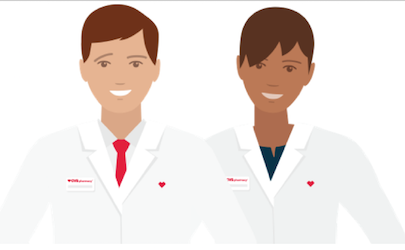 We have talked before about the rumors that Amazon is about to enter the pharmacy marketplace. If their approach to this new space parallels their general positioning, speed of delivery will be a major component of their offering. Check out this article. What you will see is the announcement that CVS is about to roll out next day delivery for drug prescriptions. Smart idea! Bottom Line. We have talked before about what appears to be CVS’s understandable skittishness about what will happen to their share of the prescription market if Bezos and his gang show up in their space. Preemptive defense here makes all the sense in the world.  If you were quarterbacking this defensive effort, what would you be doing to fend off the wolf at your door? 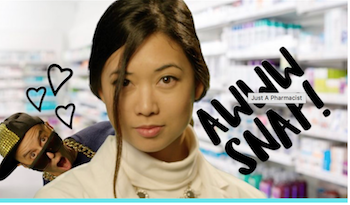 In one of his musical riffs, ZDOGG disabuses us of the notion that somebody is JUST a pharmacist. In his usual musical parody style, this crazy doctor points out the important roles that pharmacists actually serve, as well as highlighting the fact that the profession is on the front lines in dealing with patients on such issues as prescription drug abuse. Let’s not forget that they are often called to make diagnoses across the counter for patients who are avoiding going to the doctor. AND. They often need to defend copays, and they must deal with the dreaded PBM’s. This is edutainment. Bottom Line.  Edutainment. An extremely worthwhile concept that, years after the word was coined, still isn’t getting the attention it deserves. Listen up to this piece, recall the other ZDOGG offerings I have referred you to, and think about how edutainment can be used to painlessly and amusingly, communicate important messages. 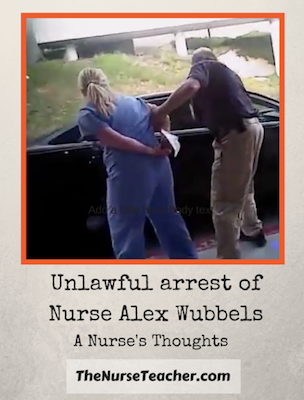 We have already talked about this case. A nurse arrested for “failing” to follow a policeman’s orders to draw blood from an unconscious patient who wasn’t charged with anything. No warrant. No nothing!!! But take a few moments and read this blog post. Importantly, it provides a nurse’s very lucid perspective on this matter. Two things pop out at me that I had not considered when I first read about this.  First is the fact that the officer said he had never had a nurse deny his order to draw blood before. As is pointed out very clearly here, this means that previously, other staff members had apparently violated patients’ rights since they were unaware of the hospital policy, were scared of the cops, or all of the above. Second, the blogger suggests that given that this matter has gone viral and gotten its 15 minutes of fame, nurses need to use this opportunity to make sure that members of their profession receives the respect they deserve. Quietly doing their jobs won’t cut it. They need to speak up, and take some of the actions enumerated in this post to keep the matter in the public eye AND to get the protection that they clearly need. Bottom Line. I continue to marvel at the studies, reported in this blog in the last couple of weeks, that found that healthcare workers are second only to law enforcement officers in terms of the level of personal risk that they face simply by going to work.   WOW! Here is a great opportunity for a healthcare company to step in and make a very positive impression by helping those on the “front lines” (!!!) to figure out how to protect themselves.  How about your company??? 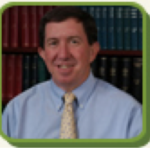 “Dr. Bob,” the “academic internist” pictured above, makes an important point in this blog post.  All well and good, he maintains, to have carefully thought out guidelines for treating medical problems. BUT. He points out that as much thought must be given to figuring out which patients are appropriate for treatment with these guidelines as to the guidelines themselves. So often we talk about treatment guidelines. How about diagnostic guidelines. Bottom Line. Yup! And there also needs to be guidelines on how to double back and reconsider what to do when guidelines fail a particular patient!!!